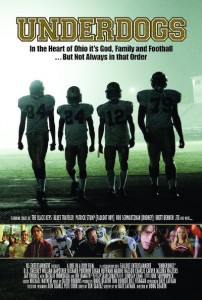 Underdogs, directed by Doug Dearth, is set in rural Ohio, the birthplace of football and a small-town high school football team rises to play their cross-town rival, a perennial powerhouse, while standing up for an entire community.