In the first half of this workshop, Mr. Weber reveals:

The second half of the workshop focuses on the actual audition and involves actors in the process using scene work to experience and illustrate new techniques. Mr. Weber covers:

*Please make sure you bring a headshot and resume for Mr. Weber.

This workshop will run from 12:00 pm to 7 pm with an hour break. You can go over scenes at this time. 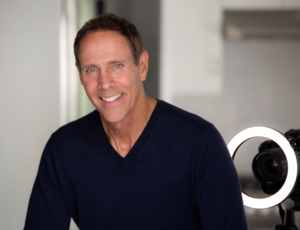 As former Executive In House Head of Television Casting and Feature Film Consultant for MGM Studios for 16 years, Paul Weber notably cast the wildly popular Stargate franchise. Other TV credits include Spartacus: Gods of the Arena, Outlander, Dead Like Me, She Spies, Poltergeist, and The Outer Limits. These series and others have garnered numerous honors including 21 Primetime Emmy Award nominations.

In addition to a number of independent features, recent and on going credits include projects for Starz, Netflix, A&E, Discovery Network, Hulu, WGN, Lifetime, Hallmark, Comedy Central, and The CW.BUCKOUT ROAD, a supernatural thriller which he cast and Exec produced, has been theatrically, and a second feature, SAFE STORAGE is in pre production. Under his production banner, “One on the Way Productions”, Paul and his producing partners are engaged in developing and producing new media and independent feature projects.

Weber is a member of the Casting Society of America, the Writers Guild of America, has served on the Host Committee for the Annual Academy Awards and is a regular judge for the Emmy Awards. He is also a respected audition coach and teaches his Art of the Audition, Business of the Art Audition technique class worldwide, including a number of liberal arts colleges and universities. His American university visits include USC; UCLA; the University of Texas, Austin; University of Virginia; Loyola Marymount College; University of Connecticut; University of Arizona; and Sante Fe College, Florida. He is also a regular teaching guest at the SAG-AFTRA Foundation.