Think of this first session as the batting cage.

Every audition is a curveball, and it’s important to walk up to the plate knowing what the pitcher is throwing. Is it a network show? Cable? Single camera? Multi-camera? Comedy? Drama? Knowing how to identify style, pace, and genre of each particular project will make your audition stand out from the rest.

Patrick Mulvey and Marika Engelhardt have been working as actors for over a decade, appearing in everything from Broadway shows, to network television, to streaming shows, to independent films.  They will guide you through the process of breaking down scripts in order to give the best audition possible. Materials will be sent ahead and students will have the opportunity to take a “swing” at the end of class using the techniques they’ve learned. 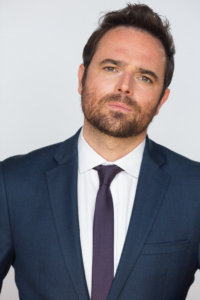 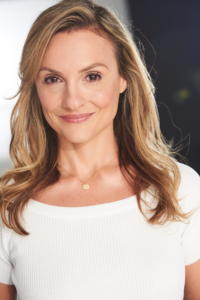 Patrick Mulvey received his Bachelor’s degree from the Royal Scottish Academy of Music and Drama. While in the UK he starred on the BBC series River City and worked with the National Theatre of Scotland and the Globe Theatre in London. Other theatre credits include TimeLine theatre, the Goodman Theatre, Broadway in Chicago, and the title role in David Auburn’s world premiere adaptation of The Adventures of Augie March at the Court Theatre. He played Tony in the nine-time Tony award-winning Billy Elliot the Musical on Broadway. He has also appeared in Cirque de Soleil’s production of Baz Luhrmann: For the Record. Recent television credits include CSI: NY, NCIS, Chicago PD, Fox’s Proven Innocent and the new Fox pilot The Big Leap. He has recurred on the hit shows Empire, Chicago Fire, Girlfriend Experience, and is currently filming the AMC pilot 61st Street. He runs 5 by 12 films, a full service commercial and creative production company and currently has a single camera comedy in development.
Marika Engelhardt Television credits: Empire, Chicago Fire, The Chi, Easy on Netflix, a recurring role on Amazon’s Patriot, and the HBO pilot Somebody, Somewhere . Recent films include Come as You Are which premiered at SXSW, and a starring role in the feature film Knives and Skin, which premiered last year at the Berlin and Tribeca film festivals. Her performance was singled out as one of the “Top Ten Performances of Tribeca 2019” by Entertainment Tonight. Marika’s theatrical credits include The Goodman Theatre, Steep Theatre, A Red Orchid, Chicago Dramatists, and the Comedie Francaise in Paris.  She is a producer at 5 by 12 films and an adjunct professor at DePaul University.