The Life of a Day Player
Local market, local casting, more than likely a lot of Day Player opportunities. Preparing for those pesky one and two liners, to co-star roles can be more tricky than you think. What’s expected of you professionally when addressing these parts and how they contribute to the story? What should you expect when you get to set? Learn to be a go-to person in the local market for casting and agents as you build a career from the ground up by using the art of being specific and honest in everyday mundane situations. 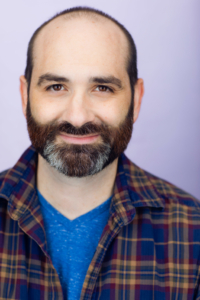