In action-packed television programs, we’re often called upon to play small characters in big trouble. How do you “fall into a cement truck” or “dangle off of a bridge” in an audition? This class will walk you through it. Please wear clothes you’re comfortable moving in. 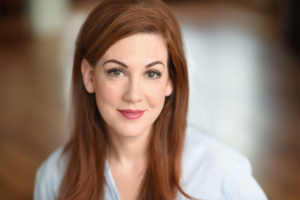 A proud member of SAG-AFTRA, Maura has enjoyed working in television roles on the USA comedy series’ Sirens, Comedy Central’s South Side and Joe Pera Talks With You, NBC’s Chicago Fire, Med and Justice, ABC’s Mind Games, TLC/Discovery Channel’s The Secret Santa, and the STARZ Network’s Boss, opposite Kelsey Grammer. She’s recently enjoyed playing a supporting role in Brad Bischoff’s feature, The Grasshopper, Ravin Gandhi’s debut feature Final Choice, and a lead role in NO RESOLUTION, the debut feature film written and directed by Cursive and The Good Life frontman, Tim Kasher. Maura has worked on many Chicago stages, including Steppenwolf, Goodman Theatre, Court Theatre, Rivendell, Theatre Wit, the Gift. She is represented by Gray Talent Group and Artists First.