What helps the actor prepare well enough, so that they can enter a room or create a self tape that has choices and technical competence, and importantly is different and fresh each time?
How does an actor respond to a casting director when they give adjustments in the callback?
What are you required to do to bring to the set what was done in the audition and callback? AND, remain flexible and creative on set (and emotionally, intellectually open and available)!
These topics and more will be covered by Guest Teacher, Jeffrey Grover. As a seasoned actor, Jeff is well versed in the preparation process, the necessary flexibility of the callback, and the unique curveballs you must adjust to on set. 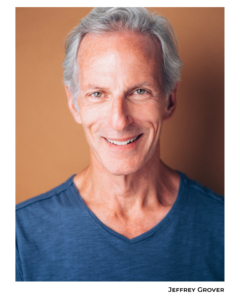 Jeffrey Grover is a NY based actor whose hometown is Cleveland, Ohio. He has worked extensively in theater, film, television, commercial and print since 1997, after taking a 15 year hiatus starting in the early 1980’s. This hiatus coincident with raising a young family, and a career in sales and marketing for a major packaging firm. He earned his BA Theater from CWRU, after attending the University of Michigan.
His resume includes supporting roles in several feature films including “Take Shelter,” “Compliance,” “Madtown,” “I Am Wrath,” “Miles Ahead,” “I Feel Pretty,” “Galveston,” and “Dark Waters.” Perhaps his most unique character name is “Asshole Man” in the soon to be released “Cherry.” He has appeared on television broadcasts on USA Network, Showtime, PBS, and NBC/Universal. Jeff plays the lead role in the soon to be released independent film, “Two Cents From a Pariah,” and has been cast in a principal role in the feature “Post-Truth,” which is scheduled to film this summer in NY.  He has appeared recently in several short films and pilots in NY including “Out of Breath,” “Wuhan Driver,” “Student ONE,” and “John’s Daughter.”  He is to play John Brown in the  film, “A Nation Divided-Forever United” opposite Keith David as Frederick Douglass, currently in pre-production.
His current training includes work in NY as a member of the Freeman Studio, and vocal instruction with Tracey Grimaldi .
Jeff works as a producer with his partners Steven Hacker and Andrew Gorell. They formed g2h films in 2015, a Cleveland based film production company that recently completed its fifth and sixth films, the short form dramatic narratives, “You Go First,” and “Benchwarmers.”
Jeff is represented by The Talent Group, Helen Wells Agency, Productions Plus, Boals-Winnett & Associates (NYC) and IFM (NYC)