Instructors at 1st Team Actors Studio are all working actors with training from the most reputable programs in LA, NY, and Chicago. Their impressive credits are only matched by their individual passion for guiding actors through this hard-to-navigate industry! 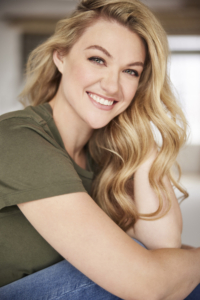 Lauren Nichols is an LA trained actress and proud member of SAG-AFTRA. While living in Los Angeles, she studied intensely with elite training programs such as Lesly Kahn and Company, Tim Phillips, and the famous Groundlings School. Lauren can be seen in many national commercials including Digiorno, Nestle Tollhouse, Ciroq, Carnation, and Nokia. Her television credits include guest star roles on Chicago Justice (NBC) and Scandal (ABC). Lauren appeared as “Xtina” in Todrick Hall’s Pop Star High, which was successfully piloted after its release, and she recorded the original cast album. Her film credits include sharing the screen with fantastic talents such as Nicolas Cage in Dog Eat Dog, Madtown with Milo Ventimiglia, and Assassin’s Code with Justin Chatwin. She can also be seen in White Boy Rick, and Triumph’s Summer Election Special and most recently wrapped the Netflix Film White Noise (currently post production). 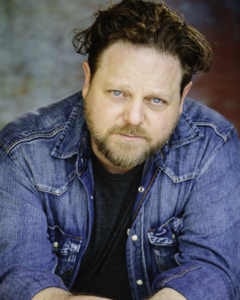 Bryant Carroll is a professional working actor whose work can be seen frequently on such networks as ShowTime, HBO, Netflix,Amazon, NBC, and CBS.  Most recently he has worked with Jeff Daniels on the set of AMERICAN RUST, with Rachel Brosnahan in the Amazon movie I’M YOUR WOMAN, the CBS show BLUE BLOODS, and Ohio native Todd Stephens film SWAN SONG. 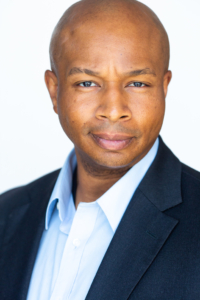 Leilani Barrett (SAG-AFTRA•AEA) is a veteran of stage, television, film and voiceover with 30+ years of experience working in the industry and native of Cleveland, Ohio. He studied improvisation and writing at The Second City Cleveland, ACME Comedy Co. and The Groundlings in Hollywood,CA. His voice has been heard on commercials for McDonalds, Subway, First Energy, Ohio Lottery, Nike, Sam’s Club, Time Warner Cable, Cincinnati Bell and Safe Auto. In addition to his incredible career as a voiceover artist, his television and film credits include “Draft Day” with Kevin Costner, “Reel Steel” with Hugh Jackman, “Dog Eat Dog” opposite Nicolas Cage, “Curvature” opposite Glenn Moreshower, guest starring on NBC’s “Gone”,“Extremely Wicked, Shockingly Evil and Vile” with Zac Efron and “The Big Ugly” opposite Ron Perlman.

You can give his voiceover reel a listen HERE 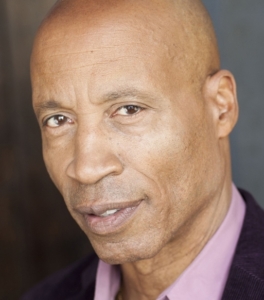 Peter Lawson Jones, who can next be seen this December in A Man Called Otto, with Tom Hanks, is a member of both Actors’ Equity and SAG-AFTRA. Some of his film credits include White Boy Rick, Alex Cross, The Assassin’s Code, and Starve. His network television credits include ABC’s Detroit 1-8-7 and a guest starring role on NBC’s Chicago Fire.

Peter also has extensive experience in national commercials for Marathon Oil and Kia and on stages throughout Northeast Ohio. A playwright, his drama, The Bloodless Jungle, received two full productions at Ensemble Theatre (Cleveland Heights) and staged readings at the Kennedy Center for the Performing Arts, Dallas Convention Center, National Black Theatre Festival, Duquesne University and in Harlem. Land of Cleve, a regional arts and culture blog, ranked the play’s 2017 production among the best in Northeast Ohio that year.

His most recent work, The Phoenix Society, successfully premiered earlier this year at Playwrights Local in Cleveland, Ohio. The drama was commissioned by the Life Exchange Center, a nonprofit agency that assists those recovering from mental health and substance abuse challenges. His first play, The Family Line, has been produced at Karamu, Ohio University and Harvard University, where he received his bachelor’s and law degrees. Peter received the 2012 African American Playwrights Exchange Artist of the Year award. 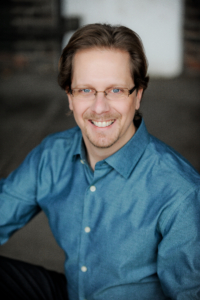 Jamie Koeth has been a professional actor, teacher, director and musician for over 30 years and is a proud member of AEA and SAG-AFTRA. He has worked in film, tv, radio, commercial and print. He also has extensive acting and directing credits on stage including regional theatre and national tours. He was recently awarded Cleveland Critics Circle’s Best Director for Apples In Winter at Seat of The Pants Productions.

Jamie has taught acting at Cleveland Play House, Kent State University, Case Western Reserve University Siegal Life Long Learning, Beck Center for the Arts, Stagecrafters Theatre, The Academy for the Performing Arts, Rochester Theatre League, Seat of the Pants Productions among others and is now bringing his artistry and teaching talents to 1st Team Actors Studio! He works full time at the Jamie Koeth Studio in Northeast Ohio where he instructs professional and aspiring professional actors. His students have been accepted into some of the finest acting conservatories in the country and have gone on to great heights on Broadway, film & television. 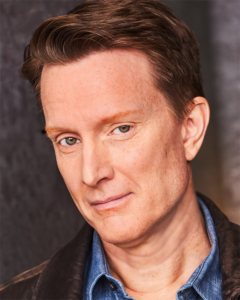 Steve Marvel enjoyed a nearly two-decade career in Los Angeles before returning to his native Midwest in late 2020. His Hollywood roles included turns opposite Michael Shannon in A Little White Lie, both Harry Lennix and Robert Patrick in Troubled Watters, and a starring role in the cult favorite Chompy and the Girls.

He was also a member of the original Geffen Playhouse company of The Gospel According to Thomas Jefferson, Charles Dickens and Count Leo Tolstoy: Discord by Real Time with Bill Maher Executive Producer Scott Carter.

Since re-locating to Cleveland, Steve has played the Professor in Life Sucks at the Dobama
Theatre and an angry motorist in the Jeff Nichols-written and -helmed The Bikeriders, shot in
Cincinnati. He also maintains an active audiobook narration career, having earned four Voice
Arts Award Finalist nominations and a coveted Audiofile Magazine Earphones Award for his
rendition of Turgenev’s classic A Sportsman’s Notebook.

Check out his VO and Film/TV Reels HERE 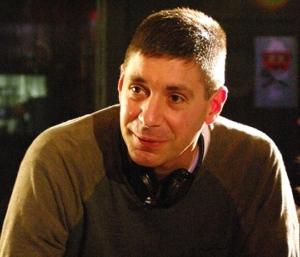 Charles Moore began his filmmaking career from the coffee-cup-up… working initially as a production assistant in his hometown of Cleveland, OH on such films as Welcome to Collinwood, Antwone Fisher, and the Sundance standout American Splendor.

Charles wrote, directed & produced the award-winning feature narrative MADTOWN (starring Emmy nominated actor Milo Ventimiglia (This is Us, Heroes, Gilmore Girls)), which received a US theatrical & digital distribution release from SP/Sony Pictures.  The film is also being distributed internationally and made its World Market Premiere at the Cannes Film Market.

Charles wrote & directed the award-winning short drama The Simple Path, which continues a current run of over 30+ international film festivals; produced the feature documentary Anatomy of a Film, an in-depth study of Stanley Kubrick’s early anti-war masterpiece Paths of Glory (starring Kirk Douglas); produced and co-stars in the feature narrative Beautiful Garden; and is currently developing, co-directing & producing a 10-part documentary series tribute to the incredible rock venues that have earned their spot in rock-n-roll mythology. 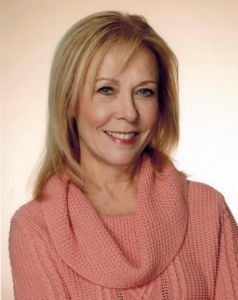 Maryann Nagel is a full-time working professional actor for film, television, radio, and stage. Some of her film credits include The Beach House, False Gods, The Assassin’s Code, My Friend Dahmer, My Blind Brother, Take Shelter, and Welcome to Collinwood, among many others. Maryann has worked alongside such talents as George Clooney, Jessica Chasten, Adam Scott, Jenny Slate, Sam Rockwell and Fred Willard, to highlight a few. 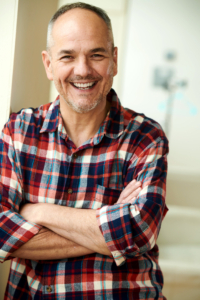 David has been working as an actor in the film and television industry since 1995, when he made his professional debut in an episode of Picket Fences. He has performed opposite a number of Oscar, Golden Globe, and Emmy Award-winning actors including Tom Hanks, Regina King, Helen Hunt, Jon Hamm, Taraji P. Henson, Lucas Hedges and Martin Landau.

He made his feature film debut in Steven Spielberg’s Saving Private Ryan. He has appeared in over a dozen episodes of television, including Grey’s Anatomy (pilot episode), Dexter, House, and Manhunt: Deadly Games.

Upcoming releases include the Netflix film Shirley (opposite Academy Award winner Regina King and nominee Lucas Hedges), the Paramount Plus series The Mayor of Kingstown and, for Peacock TV, the LeBron James-produced biopic Shooting Stars.

He teaches On-Camera Acting in the CWRU/CPH MFA Acting Program and in the undergraduate program at Case Western Reserve University. 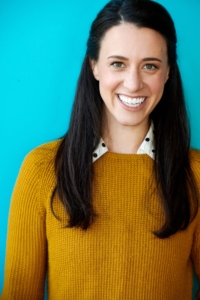 Kathleen Zion is a Cleveland, Ohio, native and holds a BFA in Musical Theatre with an emphasis on Acting from Wright State University. She also graduated from Chicago’s Second City Conservatory Program, studying under one of Second City’s founders, Michael Gellman. While living in Chicago, she completed the iO Chicago writing program under Michael McCarthy, a former Saturday Night Live writer. These classes helped hone her skill in sketch comedy writing, sitcom spec scripts, and writing for television. She continued her love of improvisational comedy while performing around Chicago with the improv troupe One Group Mind and participating in Sketch Fest with Mass St. Productions. Kathleen has been teaching the first all Down syndrome improv troupe with the group Stand Up for Downs. She was also a part of starting the first improvised exposer classes to help people with social anxiety.

In addition to her extensive training she can be seen in many commercials and industrials for Goodwill, DiGiorno, 4Moms, Dicks Sporting Goods, Proper Access, and Cube Space. You can also hear her voice over work for multiple national campaigns including Operation Next and the book “Twenty Something Self.” 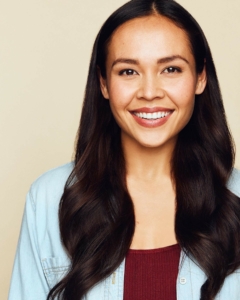 Lucy Grimm was born in Hilo, HI and has established roots in the Midwest as both a working actor and casting assistant. Since its opening in 2020, Lucy has studied at 1stTeam Actors Studio and has trained under all of the current instructors, as well as trainers from LA, Chicago, and NY.
Having spent the last 1.5 years working in casting for both commercials and film, Lucy has gained perspective on both sides of the business. She has worked on projects such as Netflix’s White Noise (Noah Baumbach), Giant Eagle, Northeast Ohio Ford, Clowns, and Paranormal Paranoids. Her experience in casting has given her insight into the ever-evolving world of auditions and the film industry as a whole.
She currently works as an actor and model in the Chicago, Cleveland, Pittsburgh, and Detroit markets. Her most recent work includes a role on Mayor of Kingstown as well as numerous commercials Chevy, Vogue, DTE, American Greetings, UPMC, Medical Mutual, La Terra Fina, Nationwide Insurance, Joann Stores, Sherman Williams and GE to name a few.
Lucy has a passion for helping actors grow and is grateful to be a part of a community that believes in, supports, and develops their actors!” 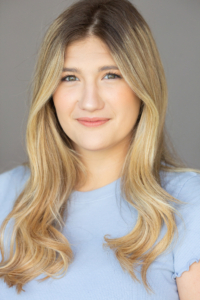 Paige Elizabeth is a Cleveland born and raised actress who’s career has spanned both on camera, stage work and even casting! She has been performing on stage since she was five years old and starting diving into film acting training at the age of ten. Her favorite on screen credits include Noah Baumbach’s White Noise and she just wrapped her supporting role in Americana Dream. Some of her notable on stage credits include: Cosette in Les Miserables, Belle in Beauty and the Beast and The Bakers Wife in Into The Woods.  Paige has a passion for working with the kids and teens and is beyond blessed to get that opportunity at 1st Team Actors Studio!